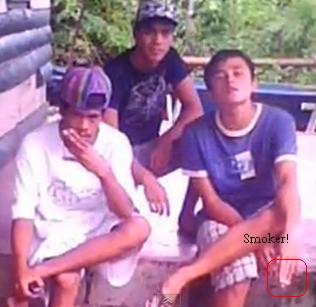 Joseph Biggel “Ang Pambihirang Tisoy ng Marindoque” is a certified big unlimited liar. Why we say big and unlimited liar? Literally speaking he’s big. Unlimited, cause he did lie not only once but many times! 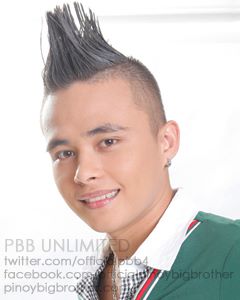 Preferred to call him by his surname, Biggel was first seen  as a kind, friendly and down-to-earth housemate. His co-housemates has a good impression towards  him as a sweet and loving person especially to Tin Patrimonio.  And till now, no one ever found out that he is a certified pretender and a liar!

Yes! It is confirmed! According to Byxbuzz’ write-ups, an entertainment blog which features primarily about PBB unlimited updates stresses how this young boy act with insincerity and lies.

First in the row of his unlimited lies is his first time on eating dirty ice cream! That’s absurd.! There’s an evidence that he can afford to pay for using Internet because he was fond of posting  his own rap compositions in the social sharing site, Facebook. But he strongly revealed that it was his first time to eat dirty ice cream because he can’t afford to buy it?!

Another scene is the smoking issue. He was caught in a group picture holding a single cigarette in his left hand. He pointed out before that he did not smoked ever! (See above picture) Strike two!

Yet, another fabricated story of his so called “poor situation” is in conflict with voicing out of his first time again to wear a long sleeve by which another housemate, Carlo Romero lend him.  But in a video which shows pictures of him wearing a long sleeve can be executed as a false and contradictory statement by this Promdi.

You also observed how Biggel tries to point out his face to Kigoy when the two was left for the revelation of the first name in the list of the first nominee to be evictedt by Toni Gonzaga last night.

Watch the video of Biggel below that reflects the TRUE Joseph Biggel: the one who speaks no poor:

–article and photos owned and credited to Byxbuzz–

162 thoughts on “Biggel of PBB Unlimited Is A Big Unlimited Liar!”