Quantity and quality: a star should have possessed it all. 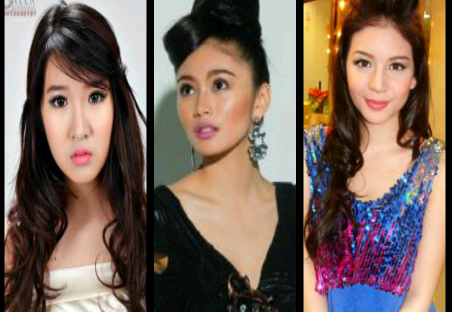 Former PBB teen housemates Tricia Santos (16), Ann Li (17) and Fretzie Bercede (18) may hit the quantity status but all of them lack in the quality aspect. The old question is yet to answer, why not give them a chance to shine?!

Major problem which caused their delay to fame is their raw talent in acting, “HILAW”. It need more effort, hard push and ceaseless passion to obtain such acting projects which obviously craved by their fans for a very long time. Yes they are jut teens, but there are many teen shows and dramas today which are teen-themed and was previously and currently aired in their original network, ABS-CBN. Why these three lovely ladies miss the chance to be cast in a regular role fopr any show?

Hmm so lets do some evaluation on the negative side:

Ann Li– “The problem with Ann is that acting is not her major power instead  she deals more in the fashion world. But I think, among the three, Ann has the ability to act in a natural matter and in a satisfactory result as a newbie in acting.”

Fretzie Bercede- “The way she speaks is like an Elementary kid. She should make her voice more mature in a feminine aspect cos nakakaaffect talaga ang way ng pagbitiw ng linya sa pagacting. Yes, she is charming but her charm will be too much for viewers if she continues speaking like a kid.

Since, fellow teen hsm Devon Seron had appeared in several Kapamilya dramas, we decided not to include her since she is making her name na already.

January 2012, we conducted a survey through our Facebook page  if who among those teen stars both in ABS-CBN, TV5 and GMA, do you anticipate to have a breakthrough project this year 2012? And the Volleyball athlete, Tricia Santos leads the votes with 85% of the total votes. WOW!

So among these  3 beautiful teens, who do you think will have a memorable breakthrough project for 2012?

45 thoughts on “Tricia Santos, Ann Li and Fretzie Bercede: When Will Be Their Time To Shine?”