Beauty is subjective, it varies, it differs, it depends on the eyes of the beholder. Sometimes you like the appearance, sometime you hate. Agreed or disagreed, better yet agreed, Philippines is blessed with lots of beautiful, alluring and charming young girls! Check out the ranking below as voted by netizens on our official Facebook account!

Last year, Teen Queen Kathryn Bernardo was voted no. 1 Most Beautiful Teen Celebrity of 2013 which she also won last 2012, will she remain the queen? Check out the list below: 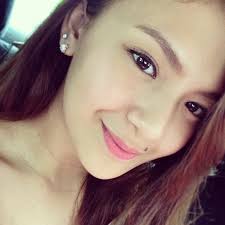 PBB Teen alumna, Karen, 18,  is a promising actress of the Kapamilya network. She got a smile that is hard to resist.

She is currently seen in Luv U and has a brief appearance with Daniel Padilla and Enrique Gil in movie and TV Series respectively.

One of the most controversial PBB Teen Alumna, Tricia, 19, is once bagged as the Most Hated PBB teen star, but her fans kept their strong faith for her and remains in supporting and loving her that made this UST Volleyball player emerges as one of the Most Beautiful Teens even if she’s not that visible in the entertainment world. The Breakthrough star whose talent is not limited.

She can act, dance and sing so well! Janella, 16, is sometimes dubbed as OA with regards to the way she speaks, but actually it is a unique approach worth entertaining.

She has the looks that is beautiful in every angle. Lucky her partner, Marlo Mortel!

She is currently the lead actress of the recently aired Oh My G! on ABS-CBN!

A clan of beautiful people, lets not argue with the attitude. Julia has one of the most beautiful faces in the Philippines.

Julia, 17, possesses a flawless white skin that radiates from within. She also has the killer smile that every guy will initially fall in love. Marjorie Barretto’s daughter is undeniably a gem that needed for a proper polish.

She’s makulit, straightforward and talkative, but these traits are actually her assets that brightens up her personality.

Loisa, 15 is a promising actress of the Kapamilya network who has the potential of becoming the next teen drama kontrabida or maybe the next drama actress to watch out.

A face that can never be missed.

Liza, 17, is undeniably gorgeous, witty and talented. The one who has the charm that every guy could not ignore. She starts from portraying second lead and the love interest of KathNiel, but now, she’s leading her own drama series, Forevermore as Agnes!

She is in to win it! Total Package

Jane, 18, before was an underrated award-winning teen actress, thanks to PBB, this beautiful young girl gained large fan-bases and hailed her as the Next Big Thing. She is presently making her big break in Nasaan Ka Nang Kalangan Kita.

Oh no! She sinks from numero uno! What happened?

Did you guys vote? Well, being on Top 3 still concludes that Kathryn, 18, is a strong contender for the title as she’s the only Teen Queen. Kath emerges as Gandang Pinay as she represents the genuine characteristics of beautiful Filipinas. Simple but not ordinary. She captivates her fans with her sweet personality that you want to attach to her all the time. Well proof? It’s Daniel Padilla! #KathNiel

Three straight years at NO. 2?! Is this classic beauty just for your 2nd choice?!

Julia, 19, is a regal beauty that is rarely seen today at her very young age. She’s elegant, decent and has the strong personality that ignites you to love her more.

Her movie, Halik sa Hangin is now showing nationwide, and you can see her improvement in acting! Good job Julia!

Maris is hard to resist, a beauty that does not need to please.

The 16 year-old Singing Sunshine of Davao has a lot to offer in this entertainment industry. She can dance, sing and act very well despite being a newbie.

She’s cute, lovable and effortless. She is well loved by many for her good personality. These attributes radiate herself to be one of the most in demand rookie as she debuts as a movie actress with Manolo Pedrosa in Stars Versus Me! Good luck!

For the complete list of the Top 30 Most Beautiful Teen Celebrities of 2014, see below:

See you next year!!!

6 thoughts on “Top 30 Most Beautiful Teen Celebrities of 2014 in the Philippines Revealed!”